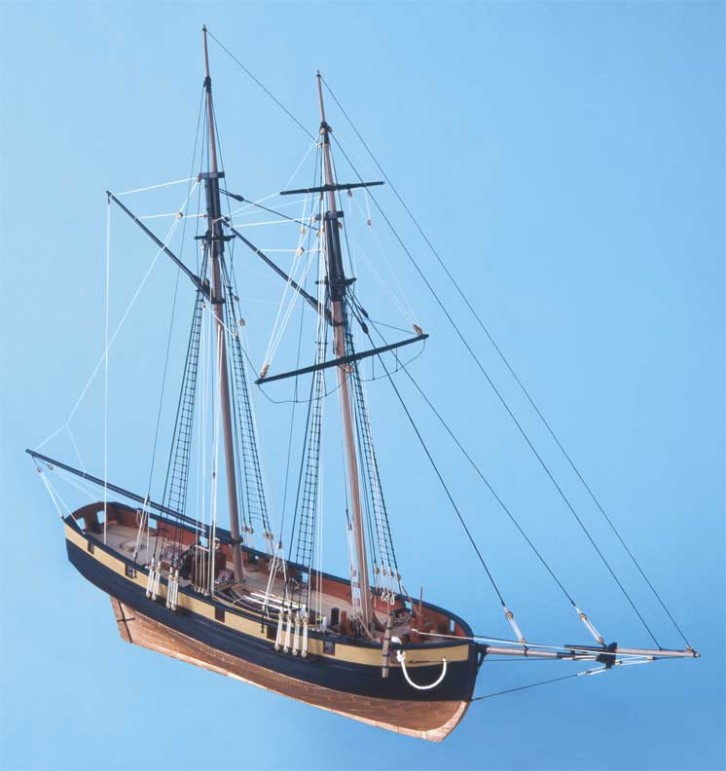 Forever associated with Admiral Nelson’s final and most historic victory.

Forever associated with Admiral Nelson’s final and most historic victory, the Battle of Trafalgar 1805, Pickle was chosen to carry the News of Nelson’s victory and death back to England.
Commanded by Lieutenant John Richards Lapenotiere, Pickle was not directly involved in the Battle of Trafalgar but was permanently busy rescuing both friend and foe from a watery death. By 6pm the muster list for Pickle showed a total of 160 prisoners taken on board, the majority of these coming from the burning French Achille. Given the size of Pickle and the fact that she had a crew of just 40 it is remarkable that Lapenotiere was not only able to rescue so many but that they were then able to prevent the prisoners from taking Pickle as their own.
After the battle, with Admiral Cuthbert Collingwood now in command, every ship, including Pickle, was required to maintain the blockade of Cadiz.
Between the 22 and 25 of October, Lapenotiere continued rescuing seaman and prisoners and began offloading them to other ships, including Dreadnought, Euryalus, Revenge and Victory, all the while battling to survive the storm that was blowing in from the south west.
On the morning of the 26 October 1805, Lapenotiere was signaled to come aboard Euryalus where he received written orders from Collingwood to sail for Plymouth with the dispatches. Knowing that the bearer of dispatches would receive a promotion, it was customary to choose a favored officer for the task and Collingwood’s choice of Lapenotiere is often attributed to an act of gratitude. It is said that, while Lapenotiere was a passenger onboard a ship also conveying Lord Collingwood, an order was given on deck to the man at the wheel. Lapenotiere, realizing that if the order were obeyed the ship would be on the rocks, immediately gave another order and saved the ship. Collingwood thanked Lapenotiere saying “If ever I have the opportunity I will do you a service.” It is also said that on receipt of his orders Collingwood reminded Lapenotiere of this promise saying “Now take these dispatches to England; you will receive £500 and your commander’s commission. Now I have kept my word.”
Unfortunately no evidence of either of these events exists and Collingwood’s choice of Lapenotiere is better explained by the fact that Pickle was probably the only ship that Collingwood could afford to spare given his current circumstance. This is also backed up by Collingwood’s letter to William Marsden stating “dispatches containing the account of the Action of the 21st Inst, and detailing the proceedings of the Fleet to the 24th will be delivered to you by Lieut Lapenotiere, commanding the Pickle Schooner … having no means of speedier, or safer Conveyance with me at present.”
At noon the same day, Lapenotiere and Pickle departed for England but his voyage was to be challenging to say the least. For the next seven days Pickle battled through stormy seas and, with her pumps blocked, the crew were reduced to forming a human chain in order to bale with buckets. On October 31st, with continuing gale force winds Lapenotiere ordered four of his 12 pounder carronades to be thrown overboard in an attempt to keep the schooner from being swallowed by the sea. November 2nd brought weather of the opposite extreme, but still no rest for the crew. With calm seas and no wind the sweeps had to be employed just to keep Pickle heading toward England.
On 4th November 1805 Pickle finally reached Falmouth were Lapenotiere landed at shore in Pickle’s boat. From this point Lapenotiere set off on his now famous post chaise using at least 21 changes of horses to travel more than 270 miles in 37 hours and costing £46.19s.1d, more than six months wages for a Lieutenant. Lapenotiere reached his goal of the Admiralty at around 1am on the 6th November and announced to William Marsden, First Secretary to the Admiralty, “Sir, we have gained a great victory, but we have lost Lord Nelson.” 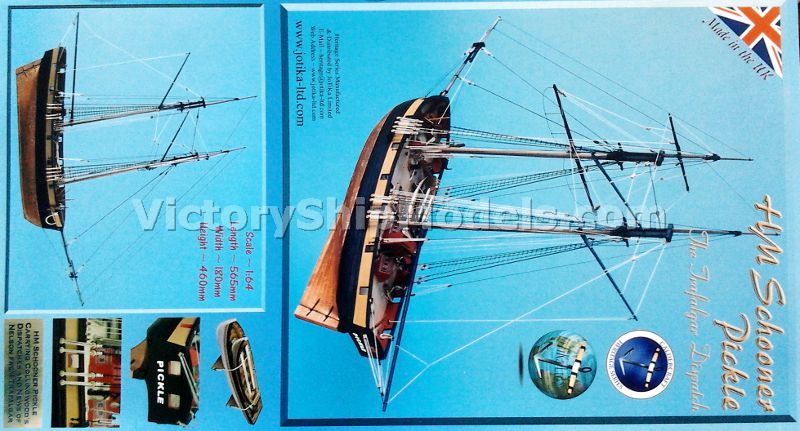 Ship model Pickle is favorite wooden scale kit from Jotika manufacturer. It is popular for its good quality and the customers often buy it as a valuable and nice gift. Scale model kit an Pickle from Jotika contains necessary building material and parts. That is why the modeler can focused only on building of this nice wooden tall ship model. VictoryShipModels.com selects and offer only the best ship model kits. Ship model an Pickle is one of them. 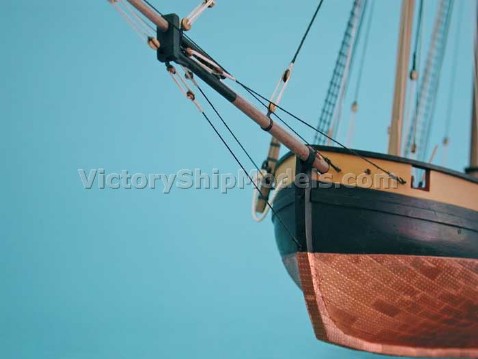 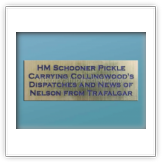 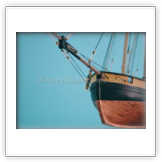 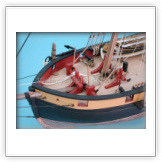 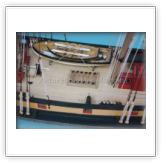 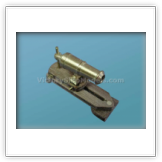 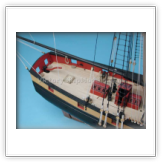 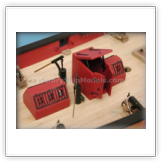 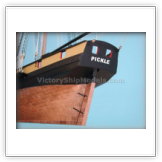