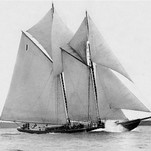 A Brief History of Bluenose
Bluenose was a Canadian fishing and racing schooner from Nova Scotia built in 1921. She was later commemorated by a replica Bluenose II built in 1963. A celebrated racing ship and hard-working fishing vessel, Bluenose became a provincial icon for Nova Scotia and an important Canadian symbol in the 1930s.

Schooner was designed by William Roué and built by Smith and Rhuland, Bluenose was launched at Lunenburg, Nova Scotia on March 26, 1921. She was built to be a racing ship and fishing vessel, in response to the defeat of the Nova Scotia Fishing Schooner Delawana by the Gloucester, Massachusetts fishing schooner Esperanto in 1920, in a race sponsored by the Halifax Herald newspaper.
After a season fishing on the Grand Banks of Newfoundland under the command of Angus Walters, Bluenose defeated Elsie (out of Gloucester), returning the International Fishermen's Trophy to Nova Scotia. In next years she successfully participated in many more races. 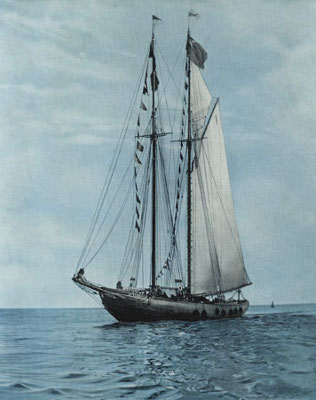 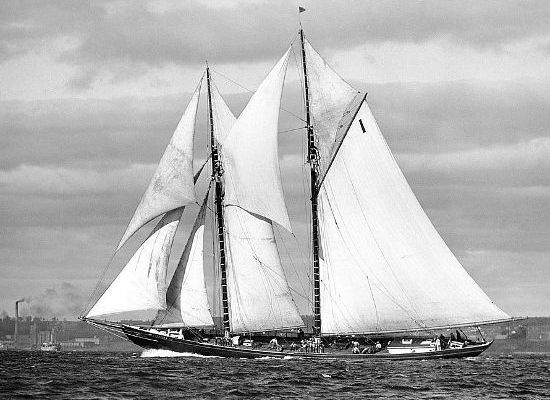 Bluenose was no only racing ship, but also a general fishing craft that was worked hard throughout her lifetime. She fished cod and other kinds of groundfish, and at least once won competitions for largest catches of the season and similar awards.
Fishing schooners became obsolete during the 1930s, displaced by motor schooners and trawlers. Despite efforts to keep her in Nova Scotia led by Capt. Walters, Bluenose was sold to work as a freighter in the West Indies. Laden with bananas, she struck a coral reef off Île à Vache, Haiti on January 28, 1946. Wrecked beyond repair, with no loss of life, she was abandoned on the reef. 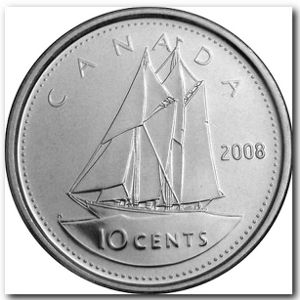 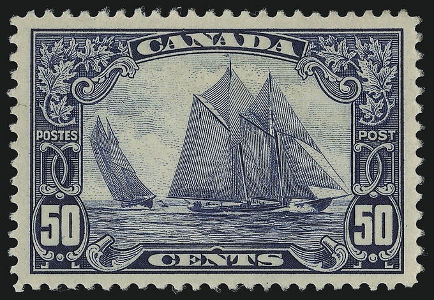 In 1963 a replica of Bluenose was built at Lunenburg using the original Bluenose plans and named Bluenose II. The replica was built by the Oland Brewery as a marketing tool for their Schooner Lager beer brand and as a pleasure yacht for the Olands family. Bluenose II was sold to the government of Nova Scotia in 1971 for the sum of $1 or 10 Canadian dimes. The replica schooner is used for tourism promotion as a "sailing ambassador". In honor of her predecessor's racing record, Bluenose II does not officially race. The replica has undergone several refits to extend her life including a major rebuild that began in 2010 which aims to make the replica look more like the original Bluenose. Bluenose became an icon of Canadians. In her honor the Bluenose image was placed on coin and stamp, too. 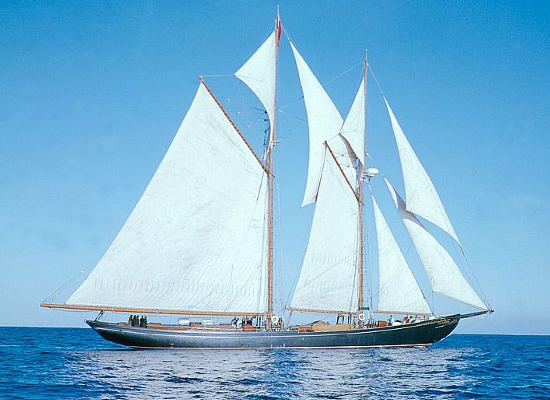